Phil Norman
"if by yes" 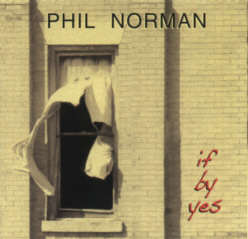 Phil Norman is a singer-songwriter living in the city of Salem, Virginia. He is an energetic performer, a kinetic singer-songwriter -- he dances around the stage, plays aggressive and percussive guitar, puts his gut into his vocals, and lets his songs fly.

Phil Norman is only twenty-two, yet no stranger to the stage. He has been performing his own songs since the age of sixteen. He is, at essence, a performing songwriter. And he's not afraid of competition. In November of 1996, Phil came within a "fraction of a point" (Roanoke Times, 11/25/96) of winning the finals of a three month long city-wide open mic competition, and only then to a full band. And in 1997, he won the competition outright.

April 1998 marks the release of Phil's second album in as many years, and his first CD release. The CD, entitled If By Yes, will be released by Encrypted Records -- an independent label who's other releases have garnered glowing reviews in major industry magazines such as Dirty Linen, Crossroads, and College Music Journal -- Phil's new album comes with high expectations!

It is the songs that people remember, and the powerful live performances that keep people in their seats, and keep people coming back. Phil Norman may be young, but he is more than able. He lets the songs fly. 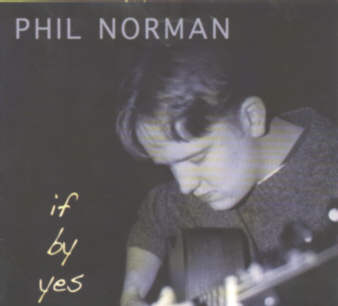 What they are saying:

"His voice is as smooth as molasses, and his all-original songs make you say, "Yeah, that's me" with lyrics that everyone relates to. YES, HE'S THE NEXT HOTTEST THING."


"His songs are packed full of passion. His words are poetic and flowing. His music is moving and inspiring. Phil deals with real issues and creatively delivers these messages through his incredibly strong crystal clear voice. His music keeps you coming back for more."