The Hollisters
The Land of Rhythm and Pleasure 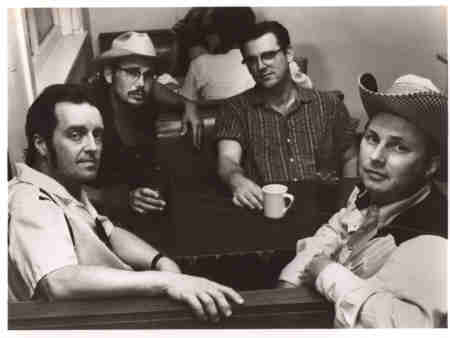 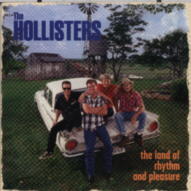 The Hollisters have been together for just more than two years now, but their brand of alternative country (or hillbilly rock, or revved-up trad country) started to evolve a decade ago when Mike Barfield and Eric Danheim founded the Rounders, a twang-rock outfit that came to define the raucous late '80/early '90s Houston club scene.

The Rounders fizzled when Danheim moved to Austin to join the Wagoneers and, after that group disbanded, Chaparral. Meanwhile,
bassist Denny Dale was backing up Webb Wilder, and Kevin "Snit" Fitzpatrick was drumming for local Atlanta bands and sitting in
with the likes of Chuck Berry and Bo Diddley on their passes through town. By 1994, Dale and Snit had migrated to Houston and hooked up with a reunited Barfield and Danheim.

Relentless gigging and an appearance on the compilation CD True Sounds of the New West alongside the likes of Wayne Hancock, High Noon and the Derailers immediately established them as contenders. More sessions followed with twang-master Casper Rawls (Leroi Bros., Toni Price, Chaparral) at the helm. Loaded with talent, experience and a wealth of original material, the Hollisters have arrived with The Land of Rhythm and Pleasure.