Dan Israel
and the Cultivators 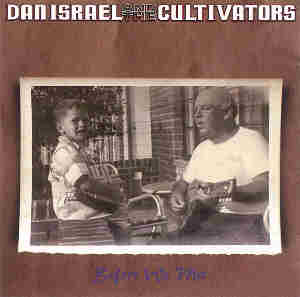 The heart of the band is obviously in Minneapolis native Dan Israel. His journey through the musical landsape shows an enduring musical soul.

Dan began his musical career playing Simon and Garfunkel songs in the dormitory of film school. He soon began writing his own music and teamed up with friend and fellow songwriter, Brad Bouten, to create the edgy acoustic duo, "One Horse Town", playing in some of Chicago's hotspots like the Lounge Ax and Beat Kitchen as well as opening for such act as Rev. Horten Heat.

Encouraged by airplay on such Chicago stations such as WCBR and WMUR, Dan Moved to Austin and hooked up with a group called "Potter's Field".

The band featured an electric/acoustic mixed sound that the Austin Chronicle affectionately referred to as "Ampheta-Folk". They released an independently produced CD entitled "Esperanto" and toured to support it through Dallas, Houston, San Antonio as well as Chicago, Wisconsin and Minneapolis.

All the while, Dan was gaining his voice and style, picking up road (and roadhouse) experience as went.

"Dan Israel plays a mean guitar and knows a thing or two about
pop melodies."
Star Tribune's Neal Justin
in his review of Potter's Field's live show at the Cabooze.

After Potter's Field split up, as bands inevitably do, Dan worked the solo circuit and released his highly acclaimed, "Like the Country" tape. Once again, he hit the road to support it -- San Diego, San Francisco, Kansas, Iowa, Chicago, and of course the Twin Cities.

Along the way he began to meet, you guessed it, The Cultivators. First Andy Rauh on drums; Tom Sampson on guitar; Chris Andree on bass.

"Israel and band are something of an anomoly these: a tight bar band."
Jonah Ross, Twin Cities Reader

Check out a few of their songs on WAV files!