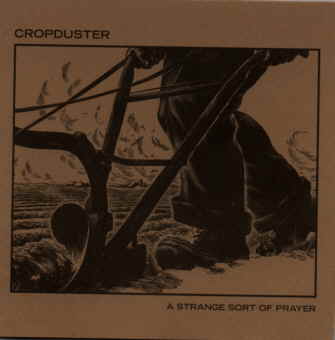 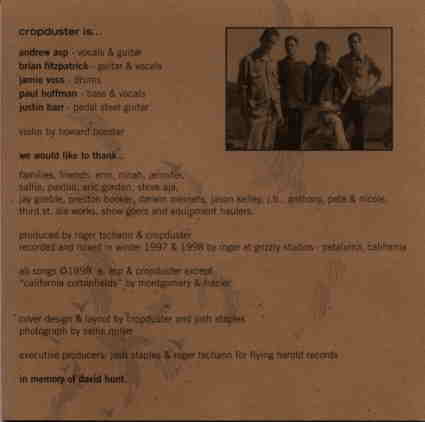 When she's not around, I'm sOrrounded by an ether haze. My thumb stuck in a bottle,- my yellow eyes ablaze. I'm all over town everybody seems to know my name.- No cares about tomorrow or how I'm going to pay. All pf this time and nothing's changed.

A dark little kitchen and a porcelain range. When she's not around, I could skip a me~l to kingdom come. To live on good intentions and stir4ried vicodin. I'm letting her down and I really ought to walk back home to spit some bloody toothpaste and go to bed alone. I wsk,e up in harp-ed. I~ forgotten where I am. lt'sten to three and she's nest to me but then I'm not around.

She poured herself another drink and sat down bY my side. Cigarettes at her fingertips and longing in her eye5. "I know you have a special girl, but she's so far away,. The nig~ hf's- so long and I won't tell if you decide to stay". If I had been a better man it would have ended there. Afi~aI drink and a goodnight kiss and I'd be down the stairs. But something in me lost control, a tover much too strong. Satan ~had a plan for me and I just went along. That'S when I brn~ke my liftle promise. That's when the devil got his due. That's when I drank awaytheime-soice inside my head. That's when I made a fool of you. Now you can say a lot of things to put your mind at ease. To make itsaem it ain't so wrung to do just what you pleate. But when you've gone and had your fun and come down from your high, the little voice won't be around to help you with your lies.

THE SON OF THE NEVERENDING NIGHT

It's like an old familiar wind. I've walked these hall&before. I waited in the shadows watching all the bleary eyes saying, "how can this be real? can they do nothing more? And what of the mother and father staring at the floor?" And though the ponechild was so stron~the pain weston real togOon~nd he wandered into the neverending night. Let me shoutyoc one last round. It's been a crazy day. You've got so many queshons, you've got so many old regrets but that was a long time ago and I don't know what to say. With a cheap suit and a haircut ypu'II soon be on your way. With a coppery taste on his tongue he swore he was too goddamn young but he yearned to embrace the neverending night. And he dropped to the ground and surrendered without a fight. Say hello to the son of the neverending night. What a treachwro~s road this has been and now the end is so near. You're no worse for the weather. I hope you found it alt-worthwhile but that was a lifetime ago and your credit's no good here. I wish I had something to tell you to quiet your darkest fear. With coppers over his eyes and a history noble and wise he ca~ght the last traiC to tnt neverending night..,

They woke him up at 5 o'clock, screaming in the streets, "Rise and shine you piece of shit, and fetch something to eat." He rose and donned his flannel robe and shuttled down the hall. 380 pounds and barely 5 feet tall. The kitchen was his favorite. place and he could see his mother's face loving isirn the only way she-could. But Mama left him ~Iong ago and everyone in heaven's full of the only thing he ever understood. An omelette filled with chili -beans straight out of the can. He ate it right there at~the stove and washed it down-with Tab. And as he scrubbed the skillet clean hk sang a little tune about a girl with hazel eyes crying to the moon. A vision floated back to him of sitting in the high school gym watching all the dancers on the floor. He felt the niagic in the air, watered down his curly hair, No one ever talked to him before. And later on that atternood he died

Ste's an ugly girl, an ugly girl. I guess that's not a pleasant thing to say. She buys her $60 jeans and reads her glossy
magazines and dreams about the cheekbones she never had. She's a simple girl, a wallflower girl pushing sandy  bangs from - side to side She looks below the mirror to the picture of her mother the beauty queen that never really tried. knd all you handsome boys just look away and all you pretty girls just smile to yourselves and say "such an ugly girl..."

Come on J.B., climb out your window.-Thursday is.boys night out. Just you and me and black October what are you worried' about? The tarpaper shack inside my chest is shivering in the storm. Commandeer the empty streets (they're washing the gutters just for me). Shopping carts and parking lots abandoned and weary in the night. Goddamn... You've been a very gracious hostess, it's been a lovely time. Wandering out in all directions tripping on railroad ties. You brought us out here for a reason now how will you get us home? Sawdust floors and bathtub gin, urinal cakes and high school ~friends. Cold guitars and tight lipped bars have rusted a vislon you once had. Goddamn... Somebody set me straight. What I needed was a little white lie. We all-get carried away, sometimes! get-too high. If you wear your illness like a crown, then children come from wiles around. Lol Behold! She brought us through a part of Oakland that I'd never seen before. Brought me a collie from the alley - it peed all over the floor. Fdund a piano on the sidewalk how will you get it home? How will you get it home? Daylight floods the empty streets (they're washing the gutters just for me). Stefore you pull this flower down won't you cradle the thing? Somebody set me straight.

I found a nickel under my house a '29 Indian head.! should'havs left it right where it lay conaldering the luck that I've had. I've seen'the sinner rise to the top while a virtuous man fells hehihd and I've seen a viper get just what he wants while the rest of us just wait in line. Everybody talks too much. There's a sterefront just Up the-road.tbat the blackberries claim for their own and there's an airatream out in the back that somebody used to call horse. Now there's a lady who ltv'es in her car she doesn't have nowhere to go and that old trailer just sits in the weeds while she prsys-ttatlonight it don't show. Everybody talks too much. I count my blessings that my jacket 'is w~rm. My socks are dry and ,my'boots are in form and I've got someplace td heat my beans tonight. You should have seen the look in her eyes. When the court took the kid, ishe just wanted to die. But all she could hear was a sweet melody. The paper tells rne to tighten ny~belt as the dollar comes tumblingdown. But I saws movie Saturday night~The money is all across town. Everybody talks too much. Everybody wants too much.'

Don't paint yourself in a corner. Don't lose your shirt on the way. He hovered over his sea of detractors, mosquitos thick in the day. But in hit mind was a question "Can I ge~ marriecLat sea? I fell in love with a stainless beauty just think how'happy we'll be...". She watched the beach for broken glass, pulled her' swimsuit out of her ass. As she waded in the cold pacific he forgot what he wanted to say. He toyed around with a contept as cle,ar as day in his mind.-He'd show them he w~s a man of action he'd really show them this time. And so he called for thedraughtsmen they brought a model of clay and with the jawbone ot an ass he'd really show them today. "I'm an American legend, I am the king of the road.! should be on a postage stamp, I am the king of the road..."

A WAKE, FOR A FRIEND

The kids wander in with the flowers and food, the whiskey, the w'ine and th5 beers. They set up the chairs and then sit on the staifa with faces Ihey ain't seen in years. The band stumbles in with the bass and the drums, already too drunk to play. But they strike uo a tune and all through the room nobody knows what to say. The awkwardness fades as the spirits take hold, remembering why we all-came. The stories are shared, the details ar~ ispared.' and everyone drinks to the name. So Kelly kisses his whiskey while the young girls smile through the tears and they hope that they never again will come to a wake for a friend. The poppy's not the villain and I know it won't end, but dope strung my buddle~and dope took my friend and I'll never see you again. I'll never see you again. So hoist ups mug and knock back a toast to the father, the son, and Jacqueline Onassis and pray that you never-again will come to a wake for a friend. But I know that I'll be here again, drunk at a wake'for a friend.