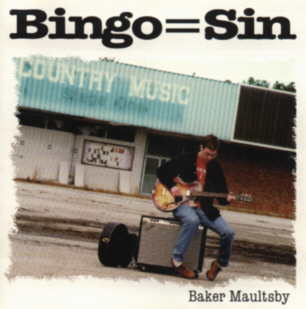 Strip malts on both sides of the street
Asphatt on top of concrete
We're fifteen miles from the county seat
But man, we've really got it made
We got a new traffic circle on the north side of town
My haby likes to go and ride around and around
Pickv her up when she gets down
And washes her btues away

We've got four Wal-Marts
In the tri-county area
An outlet mall
It's bargain hysteria
We got a HP with a cappuccino machine
An Exxon attached to a Dairy Queen
'Cause it's small town, mall town America
It's small town America
Strip malls on both sides of the street
Asphalt on top of concrete

Hull's Grill is a real place in Una, South Carolina. They painted menu selections on the outside walt

Drivin' north of Spartaubueg, west of Boiling Springs
I was feeling kind of famished, getting hunger pangs
I saw Hall's Grill in the comer of my eye
And I thought I'd go is for a piece of potpie
The waitress sald, "Honey, we ain't got none of that.
But I'll tell you what we do, and I'll tell you where it's at"

We got fatback and egg on bun
I suggest you get it with a little bit of run
What do you know about that?
The lay of the chicken and the back of the fat

Well I looked all around that eating place
There was folks everywhere with smiles on their face
I sald, "Ma'am I'll have whatever they got."
She brought it on oat and I liked it a lot

It was fatback and egg on bun
I like mine with a hole bit ofrun
What do you know about that?
The lay of the chicken and the back of the fat

I said fatback
Fatback and egg on bun
That's the one

Well I'll tell you for the truth, it's a sare-nuff treat
It ain't quite a vegetable, it ain't quite a meat
It was pnre-T fat, it weren't no streak of lean
But it's now a dally part of my breakfast routine

teat fatback and egg on bun
I like mine with a little bit of mu
What do you know about that?
The lay of the chicken and the back of the fat

I said fatback
Fatback and egg on bun
All right, that's the one

At a Spartanburg-area junior high school, they hare a class that gets out at 1:30 instead of 3:00 because they are too rough to ride the bus with the other kids. They're known among the student population as "The 1:30 Class." When they Strut through the halls on the way to their bus, other children have been known to yell, "Go 1:30!"

They put us in here 'cause we can't get along
But we don't see how we've done nothing wrong
It could have been a knife, or it could have been a gun
They don't understand our kind of fun
They're all scared ofus' cause we're not too stable
So they lock us in a room, and they give us a label
Well we might be mean, hut we're misunderstood
There ain't much love in our neighborhood

They can't deal with us 'cause we got a bad head
Most of them think we'd he hetter off dead
What we'll do next there ain't no telling
Whatcha gonna do with a teenage felon?
All they can do it to try and contain us
'Cause when we screw it up
They know they can't blame us
They slap us on Ibe wrist 'cause we're out of our minds
I've been suspended 36 tlmes

The female harmony vocals here come from Fayssoux McLean, who sang on records with Emmylou Harmi, Dolly Parton
and now us.

They used to gamble at a pool hall
Down on Main Street
But the sheriff sbut 'em down
Just as soon as he got wind
They say it's different now
It'sjust good, clean entertainment
And the county council's waiting to cash in

S-I-N
Bingo is a sin

All the young folks, they've forgotten
Where they come from
And we send them off to school
Where they learn how to pretend
That it's just fine to believe
In what they want to
And that in this world
Bingo ain't a sin

So many people inthistown
Are feeling beaten
BuI tliey're sining in the parlors
Hoping they might win
Tense and silent
As they listen for the numbers
They beat their fists against the table
When the winning card checks in
There aln't a winner in the building, mister
Bingo is a sin

People used to know
that bingo is a sin

Ab John composed much of this as a country waltz. iter and/fiddled around with it until it began to get sitated.

There's a blue print on my coffee table
Like the blue blood running through her veins
I'm yelling and cussing a blue streak
'Cause my ball team's loosing the game
Yeah, I spilled my beer on her dream house
I smudged and I drowned alt her plans
Then I crumpled up that page and threw it
In a pile with my empty beer cans

On Sundays I watch the pro football
There's nothing that I'd rather do
She came in all dressed up liken sweet thing
Said "Honey, I been wanting you."
I sat there watching that football
She stood there looking real blue

She's a split-level woman
And I'm a mobile home man

Kids today love donkeys. This one 's for them.

Tend the horse, milk the cow
Do your chores, boy, you know how
Get on in the stable and run that plow
Mend that picket fence
You know how, because
Grandpa says if we do our chores
We can ride Dusty into town

Help me set the table, help me shuck the corn
Is that gravy ready?
Yes ma'am, it's pretry warm
Fry up that okra and watch them rolls
Go ahead and eat, y'all
Before it gets cold, because
Grandma says if we clean our plates
We can ride Dusty into town

Feed the chickens, tend the horse
The clock's ticking, boy, do your chores
Then get on in the house and eat your green beans
Grandpa's in the stable and you know what that means, 'cause
Grandma says if we clean our plates
We can ride Dusty into town
Don't you want to ride him into town
Ride that donkey right on into town

She traded her wristwatch for a ten inch blade
Switched to liquor from lemonade
Got a tartoo about yea long
How could a girl go so wrung?

I told her to go back home
She said, "Man, leave me alone"
Being bad is in my blood
I wouldn't change it if I could

Teu long months for robbing a store
She's been there eight, she's got two more
With no rime off for good behavior
Too bad I couldn't save her

Pork fajita, tostaguac
"Excuse me sir, the plate is hot"
House band: mariachi
Got me feelin' kind of ranochy
I love her smile
I love her smell
I love my taco belle

Watch her walk, she can move those hips
White your up, baby, bring me more chips
Hey!
Two Dos Equis. How 'bout a toast?
Whaddaya mean by adios?
She's good as gold
She's bad as hell
I love my taco belle

Intro:
South Carolina, one of the 13 original cobalt
Is a small but geographically diverse state
Upstate counties are inns economic boom
Of industrial growth and foreign investment
While the low country city of Charleston
Boasts rich history and culture
But the Pee Dee, named for an ancient Ia/ins
And the big 'ol slow moving river bearing ib
Is the flat, sandy home
To many proud folks

You can take Highway 501
From Horence to the beach
Through the forests of the Swamp Fox
Man, there's history in them trees
And there's blackwater rivers
Running through this fertile land
And there's Darlinglon and dirt tracks
And go carts at the strand
The Grand Strand

Well the upstate, the midlands
And the low country ignore us
Bat the pride of the Palmerto State
Is Mullins, Marion and Loris
And as for northem industry
I don't give a cuss
I soy keep the Southland beautiful
put a Yankee on a bus

My baby says a nuptial cease fire could be in view
Bat I'm holding in the trenches, her peace plan's nothing new
So keep the borders open
I'll soon be pushing through

Ah Can Do It
Maultsby/Cooper

He's a honky-tonk man with a PhD.
He can cross the river, he can climb a tree
He condo what he wants
So he does what he can
Clarence Abererombie is a mighty, mighty man

He's a good ole boy with a PhD.
He's just the way that we want to be
He can do what he wants
So he does what he can
Clarence Abererombie is a mighty, mighty man

I like Randy Travis'Storms of Life album. This isa reworking of the song that helped launch the illfotrd "New Traditionalist" movement in country music.

All songs except "Diggin' Up Bones" copyright 1998, MaulIsby-Cooper Publishing